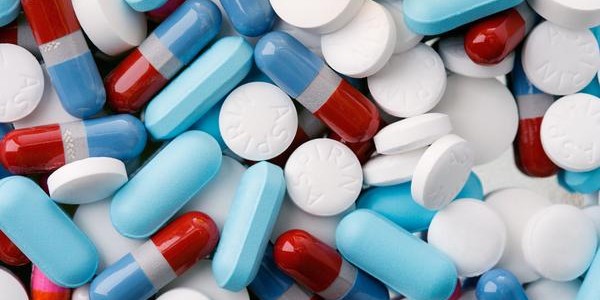 The 2009 scandal surrounding the French prescription medicine ‘Mediator’ (benfluorex), which is thought to have caused between 500 to 2000 deaths, demonstrates that not all risks posed by medicinal products can be identified during pre-market clinical trial testing and that the identification of post-market drug risks and adverse drug reactions through a regulated post-market surveillance system is crucial to ensuring safe use of medicines by patients and consumers.

Once a medicinal product has been authorised and placed on the market, the safety of that medicinal product is monitored throughout the entire distribution chain to ensure that it is rapidly withdrawn from the market if adverse reactions presenting an unacceptable level of risk under normal conditions of use are detected.  In Europe, this public health function is carried out through the EU system of pharmacovigilance. The World Health Organisation (WHO) defines pharmacovigilance as “the science and activities relating to the detection, assessment, understanding and prevention of adverse effects or any other medicine-related problem.”

The EU has enacted new legislation with the aim of strengthening and simplifying the Pharmacovigilance framework. Directive 2010/84/EC, published in the Official Journal in December 2010, amends Directive 2001/83/EC on the community code relating to medicinal products for human use and applies to nationally authorised products as of 12th July 2012 following its transposition into National law by the EU member states. Regulation (EC) no. 1235/2010 applies to centrally authorised medicinal products as of 2nd July 2012.

National legislation is to be amended in order to incorporate the new provisions and measures brought about by the Directive. In Malta, it is the Medicines Act (Chapter 458 of the Laws of Malta) and the Pharmacovigilance Regulations (Subsidiary Legislation 458.35) which establish the present national system for the reporting of ADRs occurring in Malta, and stipulate the duty of doctors and other healthcare professionals to immediately report any serious or unexpected adverse reaction to a medicinal product in Malta. These ADR reports are received, reviewed and evaluated by the Medicines Authority.

The new European Pharmacovigilance legislative framework shall enhance the risk-evaluation and transparency via National and EU web-portals, as well introduce a more holistic, harmonised regulatory framework for medicines safety by establishing clearer obligations of national competent authorities, the European Medicines Agency and industry. The legislation introduces a new definition of adverse drug reactions (ADRs) capturing medication errors and use outside the terms of the marketing authorisation. It creates a new European Pharmacovigilance Risk Assessment Advisory Committee (PRAAC) based at the European Medicines Agency (EMA) which will focus exclusively on the assessment and communication of medicine safety issues.

The law allows national governments to impose obligations on health professionals to report ADRs and also presents a real opportunity for patient participation in ADR-reporting and representation at the EMA.  However, in the absence of any obligation on governments to educate the public on the use and indeed the existence of this system, the implementation of direct patient reporting is a challenge in itself. Health education evidently plays a very important role in putting the objectives of the Directive into practice. In this regard, the law includes a voluntary provision for EU member states to involve patient-representation organisations to encourage the reporting of ADRs by patients and healthcare professionals.

The European Commission estimates that the new legislation will not only save lives, but that 237 million euro in public health costs, and 145 million euro in industry expenditure will be saved across the EU each year as a result of streamlining of current procedures for data collection, and resultant reduction in administrative burden. As the Commission’s Impact Assessment Report estimates that 5% of all hospital admissions are due to an ADR, it is hoped that a more proactive, harmonised safety-monitoring framework brought about by the new legislative measures will contribute to ensuring safer use of medicinal products.

Anthia Zammit served as a member of the European Patients’ Forum Policy Advisory Group (2011 – 2013). Based in Brussels, Belgium, the EFP is one of Europe’s largest patient-representation, public health, and health advocacy umbrella organisations (2011 – 2013) representing an estimated 130 million patients.

All Rights Reserved - www.anthiazammit.com
Back to Top

We use cookies to ensure that we give you the best experience on our website. If you continue to use this site we will presume you agree with it.OkRead More